In conjunction with the theatrical and Netflix release of his new magisterial, mournful crime epic, The Irishman (2019), we at Films on The Cob have decided to embark on a Martin Scorsese Retrospective. Throughout the rest of the month, we will be publishing articles about the master of cinema and the numerous films he has crafted throughout his acclaimed career.

Below is an introduction to Scorsese's life, including his education and his numerous collaborators. This post will be the main hub for our Martin Scorsese Retrospective and will be updated regularly, so do check back on this post for blurbs and links to the articles we publish in conjunction with our retrospective of Martin Scorsese this month. 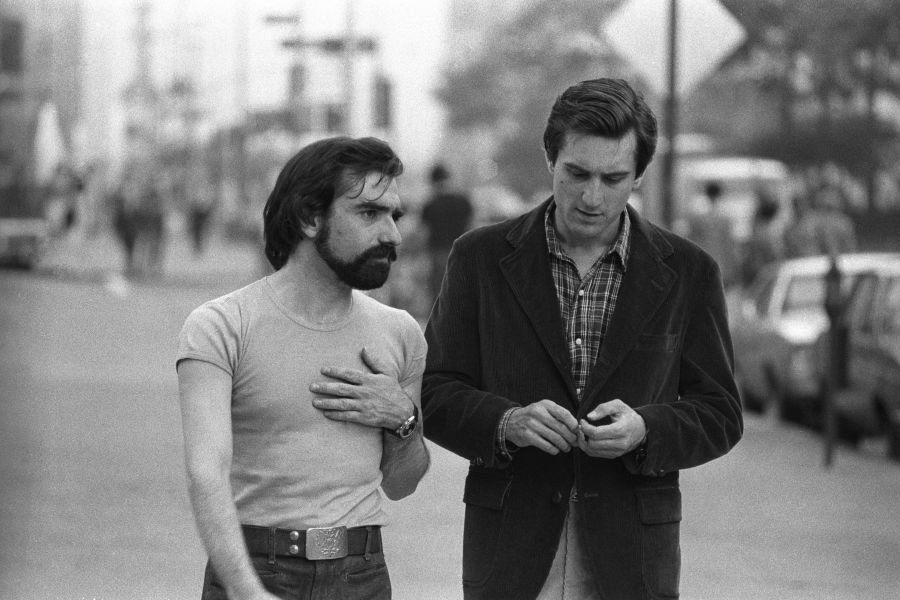 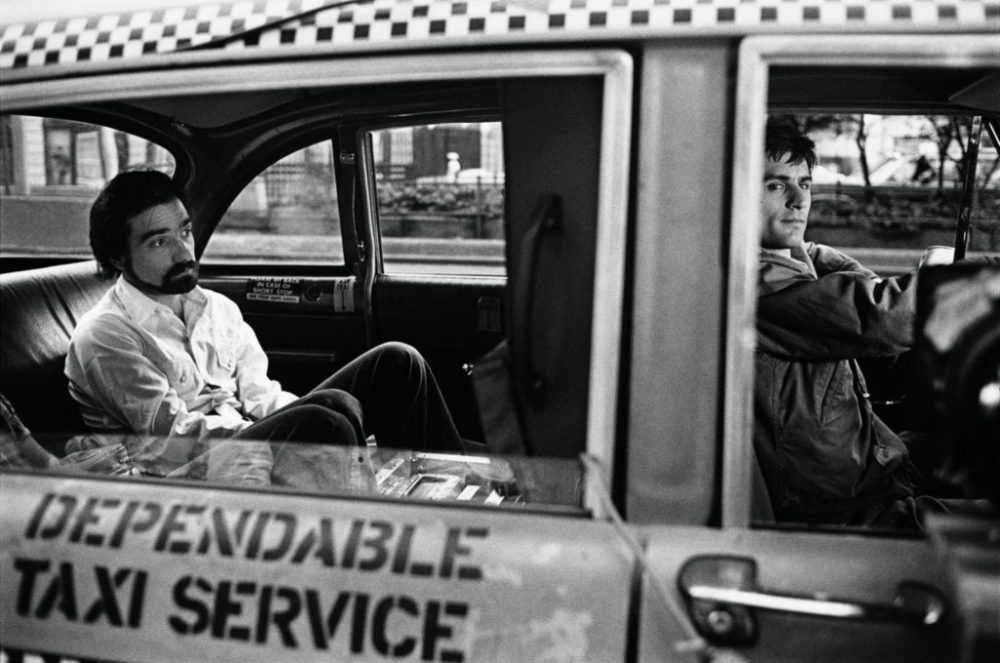 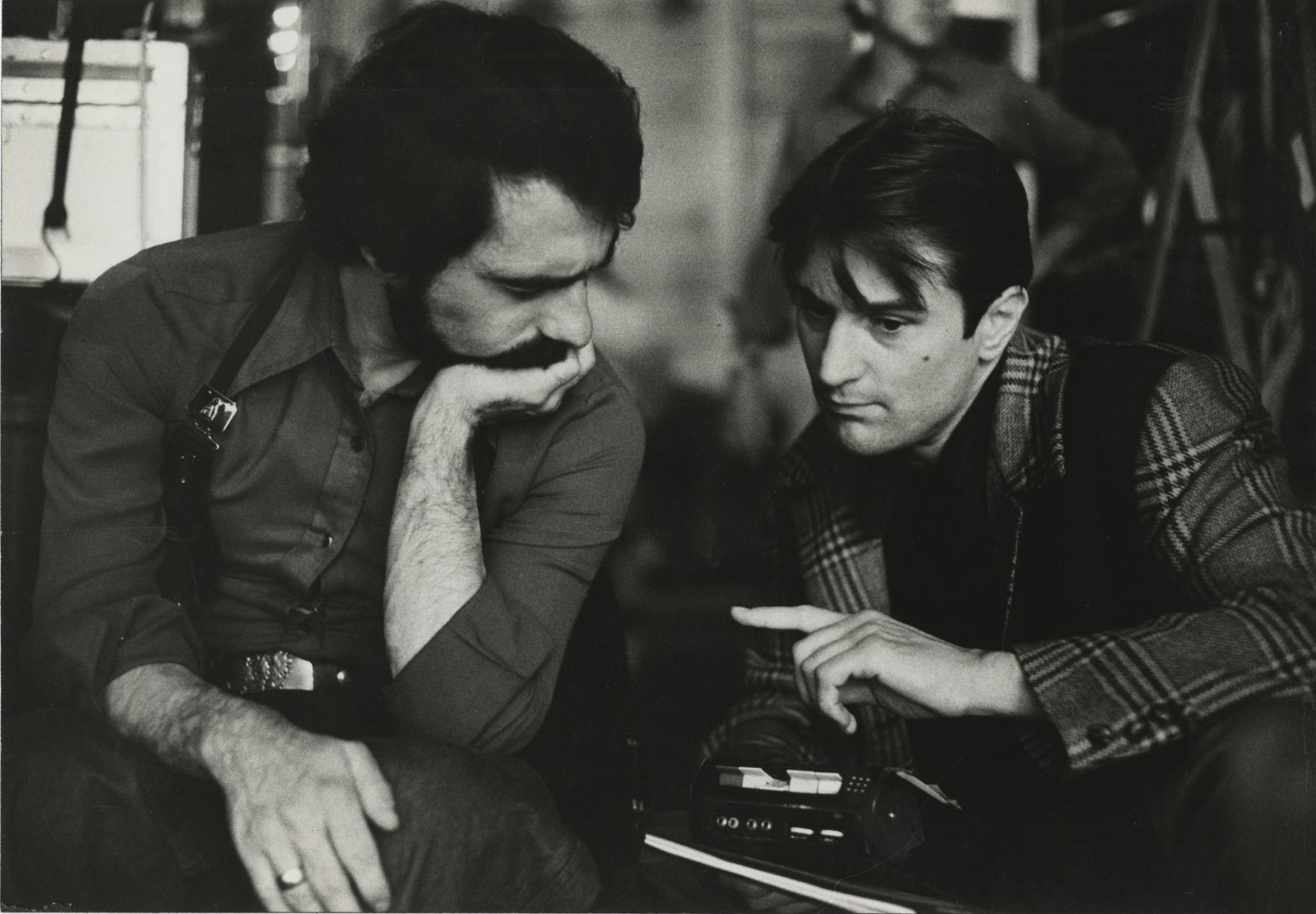 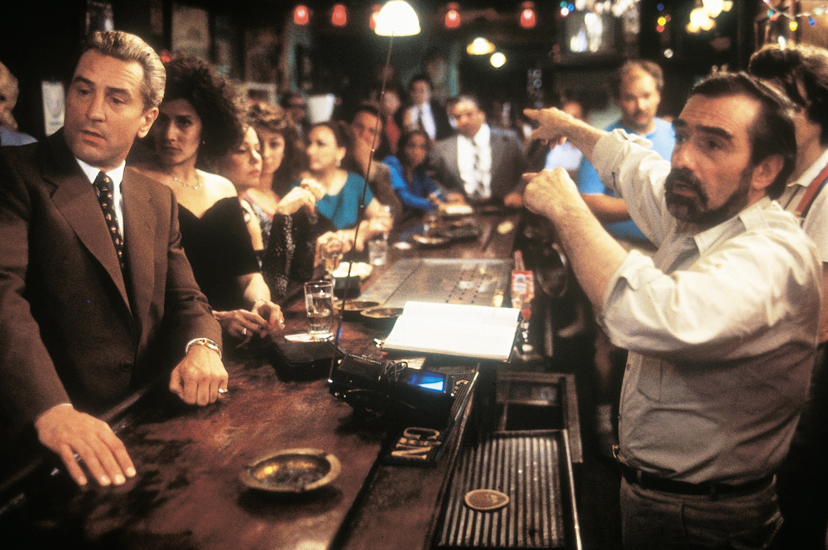 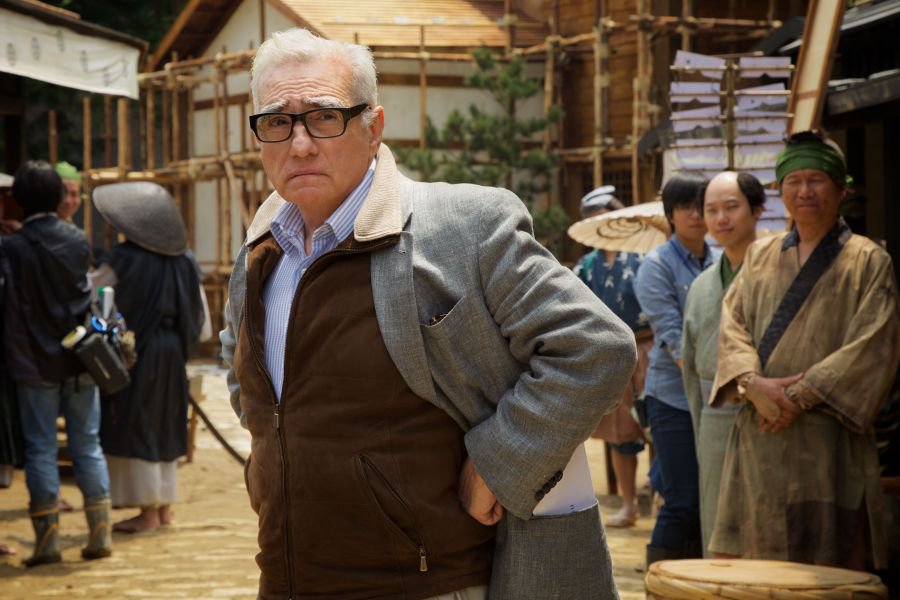 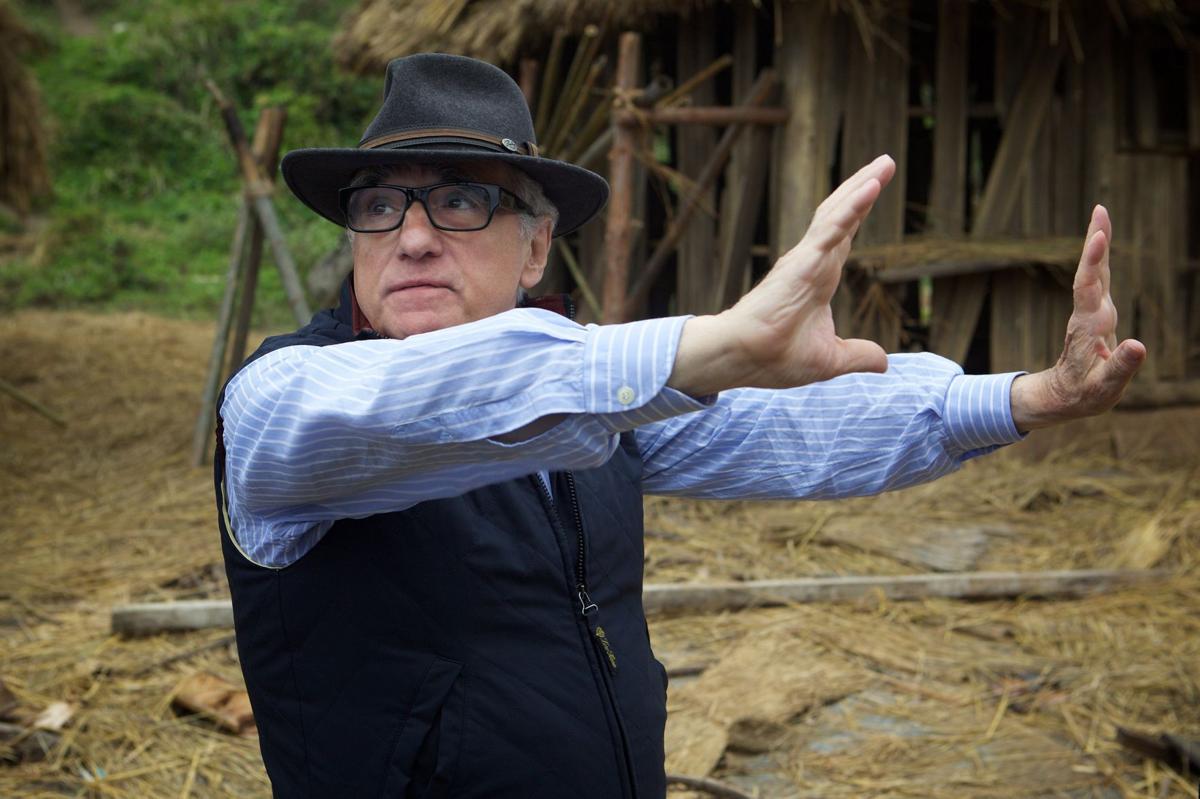 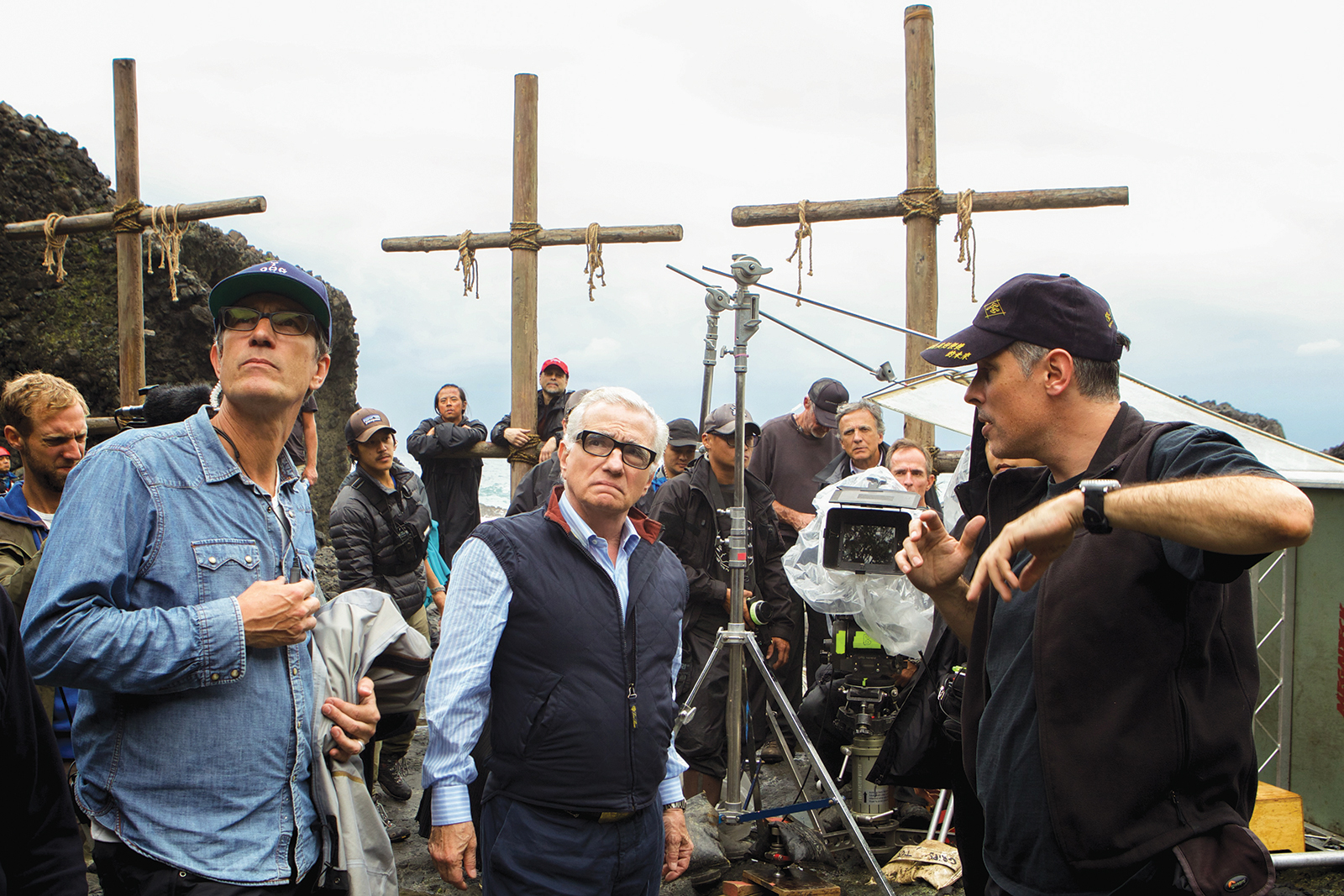 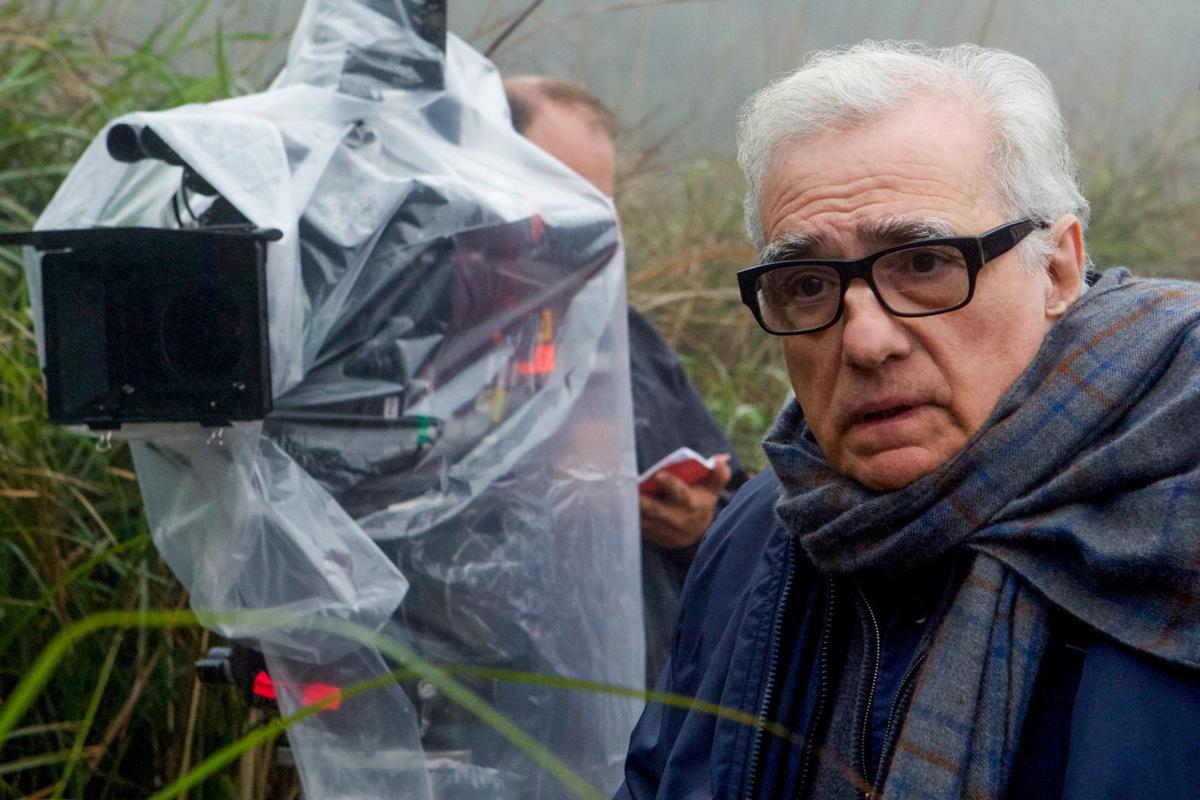 Born 17 November 1942, American-Italian filmmaker Martin Scorsese has undoubtedly marked his legacy as one of Hollywood's finest directors and a true master of cinema. His diverse body of work covers themes such as "Italian-American identity (most notably Sicilian), Roman Catholic concepts of guilt and redemption, faith, machismo, modern crime, and gang conflict." [1]

Born and raised in New York, Scorsese enrolled in NYU's Washington Square College (now known as the College of Arts and Science), where he received a B.A. in English (1964), and would go on to receive an M.F.A. in Film (1966) from NYU's School of the Arts (now known as the Tisch School of the Arts), where he made several of his short films such as What's a Nice Girl Like You Doing in a Place Like This? (1963) and It's Not Just You, Murray! (1964).

Many of his films are also known for taking place in his hometown, such as his breakout film, Mean Streets (1973), his gloomy character study, Taxi Driver (1976), and the titular tribute to the Big Apple, New York, New York (1977).

Throughout his illustrious career, Scorsese has worked with numerous talents across different genres, decades and departments. His most notable partnership is his frequent collaboration of over 50 years with editor Thelma Schoonmaker.

Among actors, Scorsese found a career-spanning partnership with acting hall of fame legend, Robert De Niro, with both of them rising to fame together in the 1970s. First collaborating with Scorsese on Mean Streets (1973), De Niro would go on to win his first Academy Award for Best Actor for appearing in Raging Bull (1980) - having previously won Best Supporting Actor for Francis Ford Copolla's The Godfather Part II (1974).

This wouldn't mark the last time De Niro, Pesci and Scorsese worked together; the two actors would go on to star in Casino (1995), as well as their latest, The Irishman (2019).

Other acting collaborations include his more recent partnership with Leonardo Dicaprio that originated with the American period drama, Gangs of New York (2002). DiCaprio would go on to receive Best Actor Academy Award nominations for The Aviator (2004) and The Wolf of Wall Street (2013). Scorsese also formed collaborations with acting royalty, Daniel Day-Lewis, who starred in The Age of Innocence (1993), and Harvey Keitel, who starred in Scorsese's debut film Who's That Knocking at My Door (1967).

A common theme that is usually found in a lot of Scorsese's work is his indictment of men pushed to their edge. Simple, decent-enough men who discover things about themselves as they vent out into the dark night of the city. They get their limits, their sanity, and their morality tested. And After Hours is yet another example of Scorsese pulling this theme off wonderfully.

Set in the city-lights of Soho, it tells the story of an average, lonely word-processor, Paul Hackett, as he meets a mysterious woman at a coffee shop late in the night, and how his deep, lustful desires lead him to go on a city-wide adventure to remember. Except he'll remember it for all the wrong reasons because when the lights are out, the nightmares begin. (read the full post here)

Martin Scorsese is no stranger to the word masterpiece. Taxi Driver, Goodfellas, and Raging Bull all appear on the AFI list of the 100 Greatest Movies of all time, but more importantly, have firmly established themselves into the cultural lexicon. Of course, Scorsese has made 25 feature films, most of which are better than great. But in the shuffle of his long career, one of his films, in particular, has not received the masterpiece credit that it should be receiving: The King of Comedy.

The King of Comedy follows Rupert Pupkin (Robert De Niro), an unstable, aspiring stand up comedian who lives with his mother. After briefly meeting his idol, late-night host Jerry Langford (Jerry Lewis), he believes that his time for fame has come. Sound familiar? Yes, 2019's Joker was heavily (perhaps too heavily) inspired by this film, down to the casting of De Niro as Arthur Fleck's favorite late-night host, Murray Franklin. This inspiration has caused some viewers to go back and revisit Scorsese's film, and if you haven't, I implore you to. (read the full post here)

The Irishman (2019) could very well be the last time we’ll see the iconic duo of Joe Pesci and Robert De Niro perform together. The Pesci-DeNiro-Scorcese partnership is one that goes way back and has brought us such iconic gangster flicks as Goodfellas (1990), Casino (1995), and now The Irishman, arguably his most accomplished film to date.

However, this three-way actor-director collaboration is one that goes way back to 1980, to Scorcese’s iconic black and white drama that follows the jealous and paranoid struggle of American middleweight boxer Jake LaMotta (DeNiro). We follow him from the bottom to the top and crashing all the way back down again. The rise, struggle, and fall of a man is a familiar pattern in many of Scorcese’s pictures, but none quite as visceral as in 1980's Raging Bull. (read the full post here)

With his latest grandiose crime epic, The Irishman, Martin Scorsese essentially reminisces his past works, in a collaborative effort that blends together the untamed nature of Goodfellas, the hard-hitting tone of The Departed, the moody reflection of Taxi Driver and the deeply meditative slow-burn of Silence, to celebrate the master of cinema’s vastly diverse and formidably ambitious filmography.

Scorsese’s latest is a magisterial 3-and-a-half-hour slow-burn crime epic that chronicles the life of Frank “The Irishman” Sheeran – played by a doleful Robert De Niro - a truck driver turn hitman who’s affliction with mobster Russell Bufalino (Joe Pesci) and his crime family is explored - including the time Sheeran spent working under the powerful Teamster labor union General President Jimmy Hoffa (a vociferous and overambitious Al Pacino). Written by Steven Zaillian, it is based on the 2004 book by Charles Brandt. (read the full post here)

(This poster of The Irishman is available at https://posterspy.com/posters/the-irishman-3/)

Over 40 years into an already legendary career, Martin Scorsese teamed up with Leonardo DiCaprio for the fifth time for the epic, biographical comedy The Wolf of Wall Street. Unlike any film he had ever made before, The Wolf of Wall Street was equal parts comedy and crime drama, and it was the latter category that Scorsese had made a staple in his films, but it was the outrageous story of greed and arrogance that made the film so different.

The Wolf of Wall Street came at a very experimental period of Scorsese’s career in the early 2010s, following the likes of the psychological thriller Shutter Island and the fantasy adventure Hugo. It was an exciting time - experimental Scorsese, who would’ve thought? Where would he go next? The project first started circulating in 2007 when DiCaprio and Warner Brothers won a bidding war for Jordan Belfort’s memoir 'The Wolf of Wall Street'. The project eventually went to Paramount Pictures, marking the fifth team-up between Martin Scorsese and Leonardo DiCaprio. The film's real-life inspiration is a truly unbelievable one, and the memoir promised a story, unlike anything Scorsese had ever tackled, detailing the glamour and greed of Wall Street told through the eyes of a young and ambitious stockbroker. (read the full post here)

The conversation around Martin Scorsese's The Irishman has grown exponentially since its release on Netflix. One debate that has been sparked concerns Anna Paquin's character and her lack of dialogue, which has become a discussion about Scorsese's treatment of female characters in general. What some of his critics seem to forget is that Scorsese made a feminist film very early on in his career; 1974's Alice Doesn't Live Here Anymore.

Alice Doesn't Live Here Anymore stars Ellen Burstyn as Alice Hyatt, a former singer. When her husband dies suddenly, she and her son move away from their home in New Mexico to start a new chapter in California, but after some complications, they end up in Arizona where Alice begins work as a waitress. (read the full post here)

The picture tells the story of Howard Hughes, from his time working on his film Hell's Angels to his deteriorating mental health in the late 1940s. Luckily for the viewer, The Aviator is not your typical biopic. Instead of going through the motions and trying to show events that people may know, Martin Scorsese and screenwriter John Logan are more concerned about telling a very human story.

There are very few people like Howard Hughes. Few as revered, few as mythical despite him being a real person. His journey from a boy with a dream, to film producer, to ace pilot, to successful entrepreneur, to a shadowy recluse is a heartbreaking one. It's hard enough to read about it in books and articles, but seeing it portrayed on screen is something else entirely. (read the full post here)

[Review] 'The Way Back': An Inspiring Story Courtesy of Ben Affleck

Finding An Incredible Story: Growing Up With The Golden Age of Pixar

[Review] 'Swallow': A Haunting Character Study of a Powerless Woman

diverse voices on films and tv